Engineers and programmers tend to be lazy.
We are always looking for the easier, faster way to get the job done. We would rather use code already written than write it. We search for tools that do as much of the work for us as possible.

Everything on this site is about that. Fill in the Blank software that creates complete APP code. Providing Source code, that we don't have to write ourselves (just re-use). Information on the fast, easy way to do things. And so on.

Note: You can Join This Site for Free, and there is Free Software, and much more, available. (see below)

A bit of a Holy Grail for a software engineer, is being able to design and create code just ONCE, but have it WORK on more than one "platform" - device. To NOT have to write one version for Windows PCs, then rewrite it for MAC systems, and write another for Android, and then IOS . . . blah blah blah.   Why? Because I want to be able to sell that software - that idea - to more than just Windows PC users. I have a family to feed too. 🙂

Now, engineers and programmers can often get into ridiculous debates about which tool /compiler /development environment is the "best" for creating Apps(software). We all have our preferences: which has the fastest compiler? Which has drag-n-drop interface builder? Which creates the fastest code? Which creates native code? uses HTML5? Which hardware platform does it run on, Windows? MAC? How many other programmers use this tool? Which is cheapest? blah, blah, blah.

I care about 2 features: is it easy to use and learn, and does the App it create run on as many devices/platforms - markets! - as possible WITHOUT having to be changed?

The two "App Makers" we use on this site fit that criteria: they create Apps just by filling in blanks, and they create the App code for several platforms: Android, and Apple IOS and for the Web. In addition, on this site we make the Source Code for Apple and Android Apps available as well. However, all those tools are designed for those users who are NOT programmers or engineers. 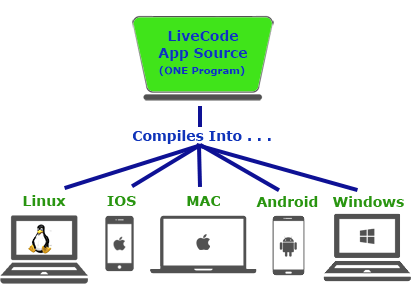 On this site, We are also going to focus here on a system - called LiveCode - designed to be used by those who need to create more specialized, more versatile Apps and Apps for a LARGER markets.

LiveCode is ALMOST as easy to use as "fill in the blank." (it is drag and drop) AND it creates Apps for
Windows
MAC
Android
Apple
IOS
Linux
and Web Servers (web-based Apps) all from ONE single program.  That means, that from ONE App program source, you can reach SIX markets!

We will using LiveCode to create Apps, and then providing the Source Code to our membership so they can do the same.

LiveCode is a very english-like language ( "put 11 in box1 " instead of "application.screen8.box1 = 11 " ). Livecode, a desktop App Maker, has an "engine" that reads the source code of the one App program, and creates executable packages of that App for each of the SIX(6) platforms (though there is an optional seventh - HTML5). The engine does all the real technical work.

So, it is like a White Label approach: with a copy of this LiveCode Source Code to any App we have designed, you (even a NON programmer) could make a few changes to that - for YOUR version - and create App software that runs on windows PCs, MACs, Android phones and tablets, iPhones, iPads, Linux (Amazon) and as a web software. You could start selling the software immediately on Windows and MAC while waiting for Apple to approve the IOS version.

Now that, is how you save time, and sell more!

Did I also mention that programmers tend to be, well, cheap? I know some, that would rather chew nails than spend more than $100 on any software tool!  But LiveCode comes with a FREE version. (just click the link) 🙂

(Check out the 45 second video below)

SOURCE CODE Link (Only visible to members at correct level):

We Give Free Software Just For Visiting 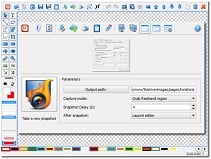 Note: We acquired and modified the source code for this software. It is BETTER than others, including Jing - and most importantly: it is a Portable and does NOT have to be "installed".Just download and unzip - to use it, just double click the EXE file.

Hotshots is a screens-hot tool with some editing features. It is particularly suitable for writing documentation but you can use it to highlight some details on a map image or what ever you want.

It runs on Windows and Linux (MacOSX isn't tested yet).

--> Grab current screen, all monitors (in case of multi-monitors configuration), current window or a part of the desktop.
--> Save the screenshot in multiple formats (PNG, JPG, BMP, ...).
--> Automatically save the screenshot to clipboard, disk or launch the editor tool.
--> Automatically scale the screenshot to a given size.
--> Use “system” shortcuts to take a screenshot.
--> Add automatically some “post-effects” to the screenshot (drop shadow, rotation, border, …).
--> Add annotation items (text, arrows, rectangle, ...) to the snapshot.
--> Can be minimized to system tray and work in background.
--> Can be launched at system start-up (Windows).
--> Export edited image in multiple formats (PNG, JPG, BMP ...).
--> Save/Restore edited image in proprietary format.
--> Send image directly to printer or to web service.

We acquired and modified the source code for this App. This is OUR version.

This is FOR PERSONAL USE - You may NOT RESELL This OR Give It Away. 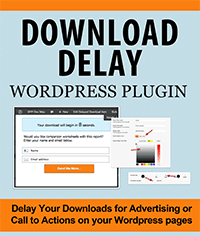 Encourage your visitors to see your offer, opt-in to your list, or read your terms - all with just a simple shortcode. Here's how it works:

Imagine you have a giveaway offer, perhaps a short report, a white paper, or even an audio file. Readers click a link to download, but rather than immediate gratification, they experience a short delay (you decide how long) so they can actually read your offer.

And it's so easy to install and configure, you'll have it up and running in just minutes.

. . . Easy one-click installation right from your WordPress dashboard.
. . . Failure-proof style for easy bypassing of pop-up if necessary.
. . . Unlimited delayed downloads for multiple offers.
. . . Full formatting available using the WordPress WYSIWYG editor.
. . . Works with all major autoresponders for easy insertion of opt-in forms.
. . . Multiple color/layout styles to match any blog.
. . . Customizable call to action button for better conversion rates.
. . . Ability to add images to your delay screen.
. . . Custom CSS fields for infinite variety.
. . . One-click addition of your delayed download to any post or page.
. . . Ability to trigger your download via a link or an image.
. . . Easy shortcodes so you don't have to worry about fragile scripts that WordPress loves to break.